May Day in LA 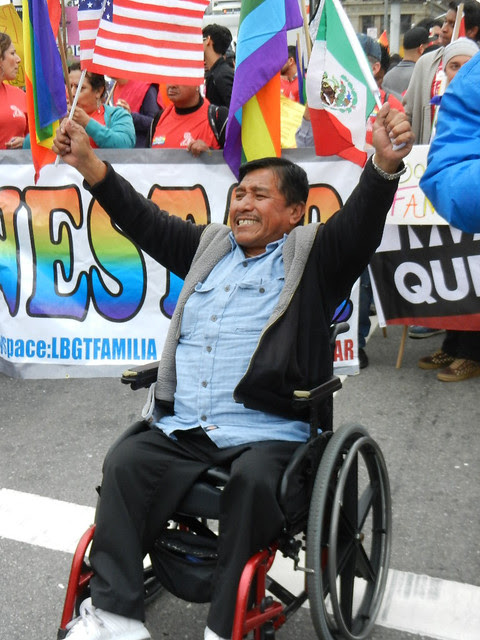 There are days when it's great to be somewhere else. Judging by the media coverage -- and I know that may be a foolish thing to do -- May Day protests in my 'hood and in nearby Oakland seem to have been overrun by testosterone-fueled thugs. 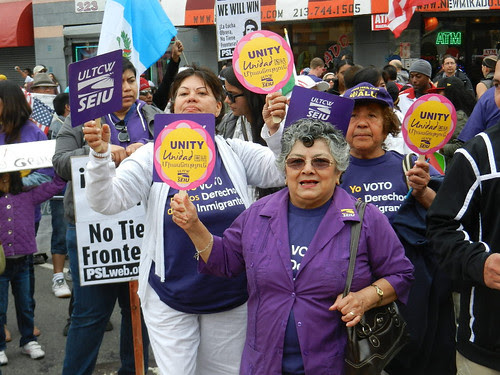 I was lucky enough to be in Los Angeles where, despite unexpected drizzle and six police or media choppers buzzing overhead, a largely immigration-themed march was mostly cheerful.

The peaceful crowd marched up Broadway, through the heart of downtown, chanting familiar slogans of "Si, se puede!" and "No Justice, No peace," while waving Mexican and American flags. 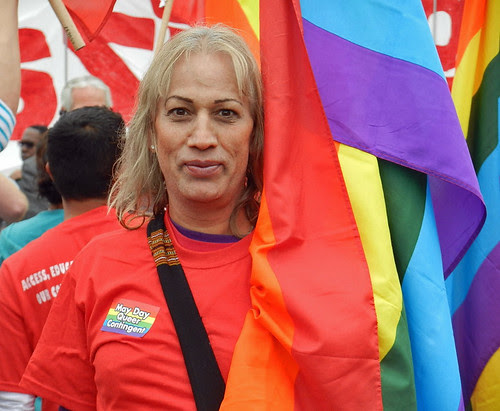 A queer contingent pointed out the special burden restrictive immigration policies put on gay couples who are unable to achieve family unification because the government does not countenance our relationships. 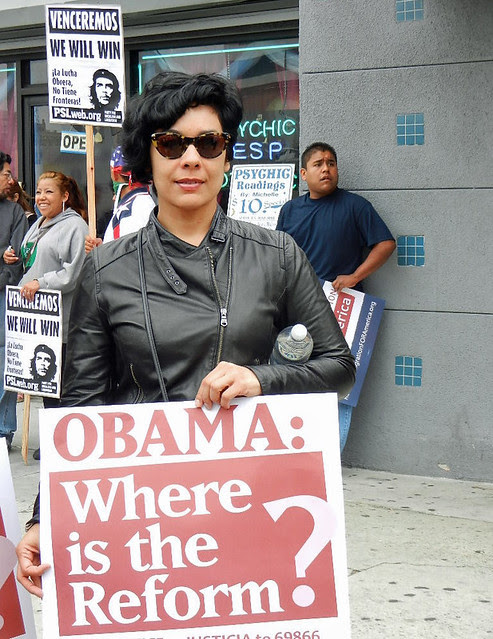 Protesters were not giving the President a pass just because he is hamstrung by nativist Republicans and some Democrats. 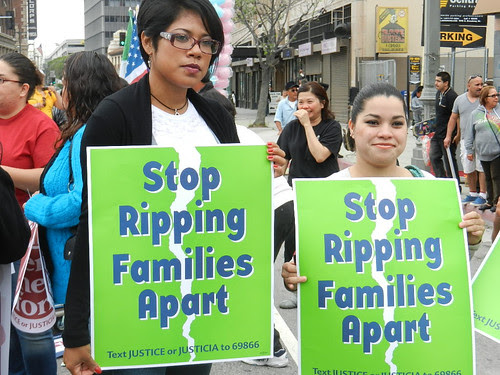 The demand for immigration reform always comes down to families. 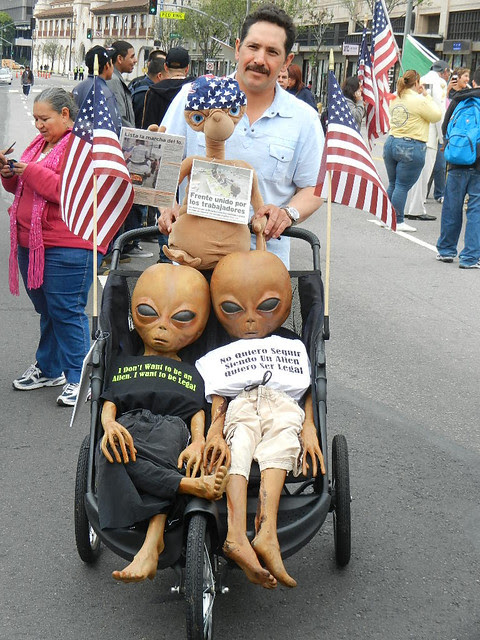 Even when the situation is dire, imagination helps convey a message.
Posted by janinsanfran at 6:00 AM