Not a rainbow, but not mono-colored either 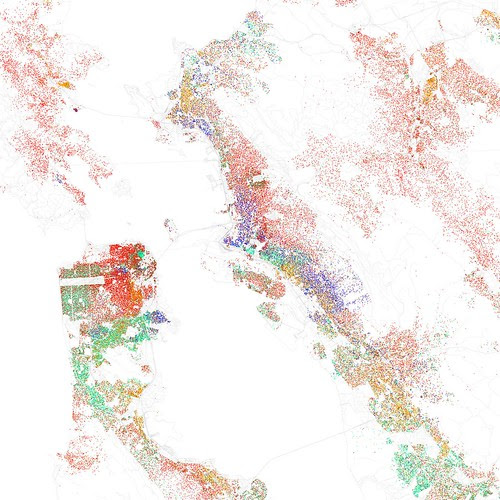 Race and ethnicity 2010: San Francisco, Oakland, Berkeley. Maps of racial and ethnic divisions in US cities, inspired by Bill Rankin's map of Chicago, updated for Census 2010.

Red is White, Blue is Black, Green is Asian, Orange is Hispanic, Yellow is Other, and each dot is 25 residents.

Data from Census 2010. Base map © OpenStreetMap, CC-BY-S. From Eric Fisher's photostream.
Posted by janinsanfran at 5:30 AM