Californians voted ... lots of them 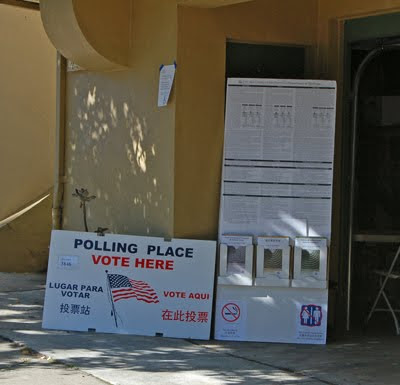 This should be highlighted. As folks undoubtedly know, California bucked the national trend in the 2010 elections. Democrats swept all the statewide offices -- governor, attorney general, treasurer, etc. -- and held on to all the Congressional seats they already occupied. Here's part of the reason:

Highest Voter Turnout Since 1994: Nearly two out of three voters cast ballots in the gubernatorial election on Nov. 2, the highest participation rate in 16 years, according to ... the California Secretary of State's office.

When more people vote, progressives do better. It's still true, Tea Party or no Tea Party. Campaigns can increase turnout, though that effort is both labor and dollar intensive.
Posted by janinsanfran at 5:00 AM