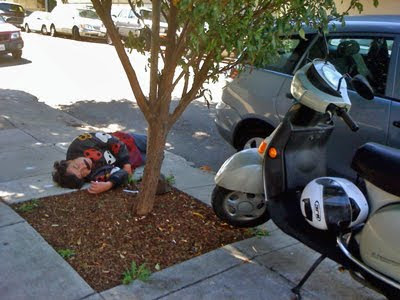 Guess what? Poor people are poor because they don't have money. Want to do something about poverty? Give money to those who need it!

This blindingly obvious insight is one of ten "Good Ideas for Bad Times" published by Foreign Policy this week. Some of the others may be a little more controversial, but this one seems self-evident.

Money for nothing:Money for nothing: An even less complicated idea really took off this year: giving money away, no strings attached. Alaska pioneered the concept in the 1980s to keep oil revenues out of the coffers of a less-than-reliable state government, handing out amounts from $330 to more than $3,000 a year to each resident, the payouts depending on how the oil business was faring.

Now parts of the developing world are rolling out similar ideas. Mongolia has set up a program that funnels mining revenues to children, and some of Bolivia's natural gas export earnings go into the country's pension system. Like conditional cash-transfer programs, such payments have been associated with increased investment in nutrition, health, education, and even microenterprise. Brazil's unconditional rural pension, for instance, increased school attendance by 20 percent among girls living in a household that received it. An unconditional pension in South Africa cut school absenteeism among 6-year-olds in half. And Haiti is testing a program that uses mobile phones to transfer cash directly to earthquake victims. Thus the refreshingly blunt title of this year's must-read book on development: Just Give Money to the Poor.

Posted by janinsanfran at 9:45 AM