The Wheel of Life turns relentlessly and those who live inside that paradigm of existence bring themselves into harmony with it by walking clockwise around holy sites. Or so I understand the practice I saw at the Buddhist stupa at Boudhanath, one of five U.N.-designated religious World Heritage sites in the Kathmandu valley. In this post, as in all my others on Nepal, I must draw your attention to my disclaimer about the limits of what a tourist observer with a camera can see. 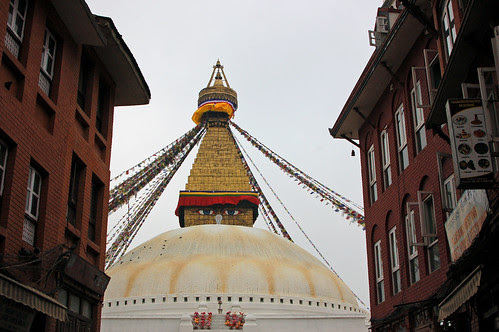 Four-story buildings and stores hem in the holy site, but the stupa dominates all. 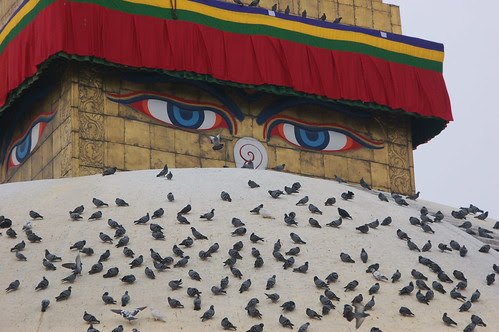 Here the eyes of the Buddha peak out over the stupa's dome. This is not the first religious World Heritage site I've visited. I hold the Ummayad Mosque as the most impressive religious edifice I've seen, but Boudhanath makes a close second. 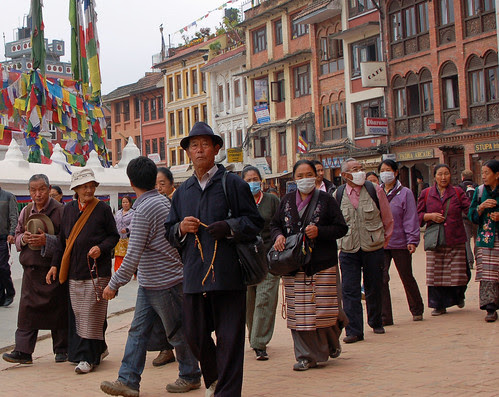 Every morning crowds of practitioners make the circuit. The face masks are a common response to the extremely dirty air under Kathmandu's chronic fog and inversion. Some of the aprons on the women suggest they are pilgrims from places where the Tibetan strain in the culture is strong. 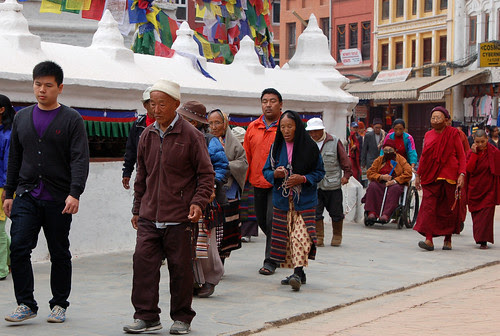 Curiously, though Nepal was officially a Hindu kingdom until 2006 and 80 percent of Nepalese are officially Hindu, the Vajrayana (Tibetan, tantric) Buddhist strain of understanding suffuses the holy sites in the Kathmandu valley, home to many Newar people who follow that path. 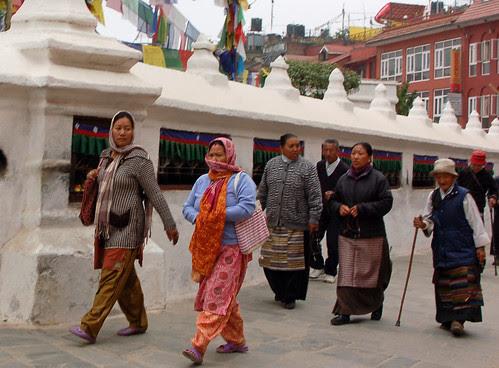 The circumambulators pass an array of prayer wheels in niches that contain written mantras -- prayers. They spin these wheels in the niches clockwise with their right hands as they walk. I did too. It felt right. 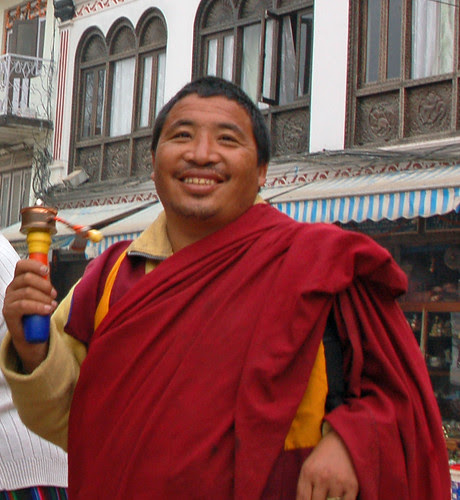 This monk carries a handheld prayer wheel that he keeps turning as he moves along. 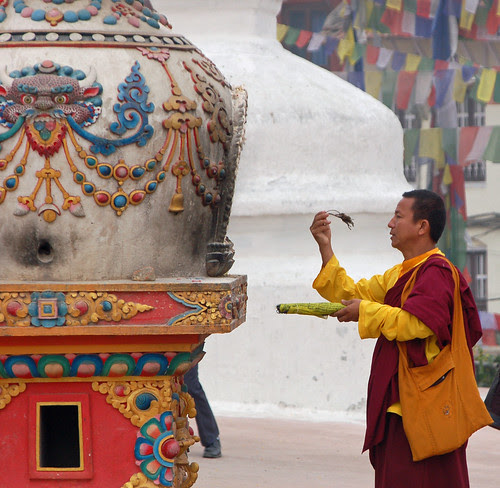 There are shrines and statues of gods, but the main practice is the walking.

Slideshow with additional pics here.
Posted by janinsanfran at 4:00 AM