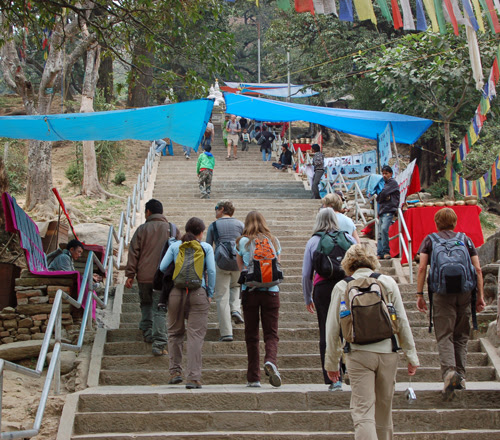 On the top of a hill in Kathmandu sits Swayambhunath, often called the monkey temple. Visitors and pilgrims climb hundreds of steps to reach the Tibetan Buddhist stupa at the top. It's made abundantly clear whose home we are entering. 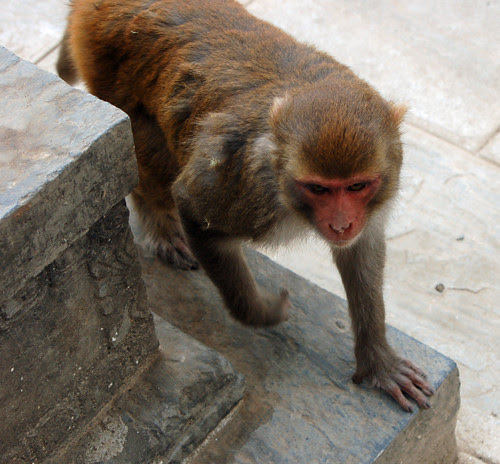 We were warned not to feed the locals or try to eat while ascending. The monkeys demand offerings and take what they can get. 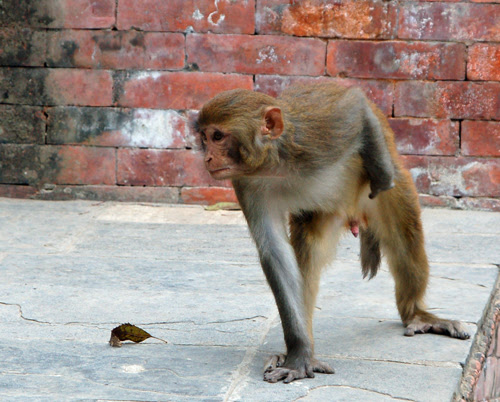 They chatter constantly and move fast. 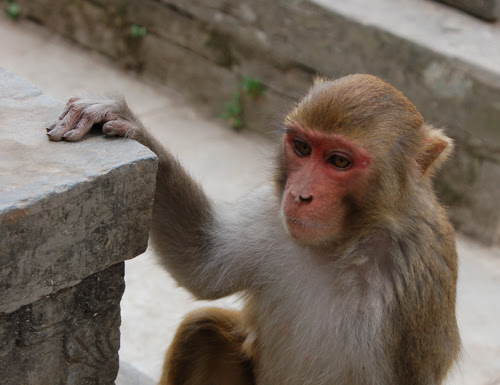 With a face like that, it's hard not to think we might be related to this primate, though I have no idea whether such notions inform Newar Buddhism's veneration of the monkeys. 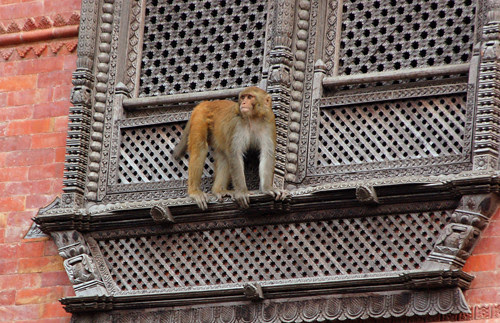 This guy was as at home among the human artifacts as in the trees.

My pictures misrepresent the scene in that I did not capture the pack action of the monkeys. They dash about in a mob, asserting their rights to the site.
Posted by janinsanfran at 6:54 AM