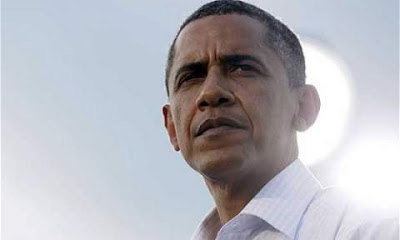 The man in the White House came to prominence, at least in part, because almost alone among prominent Democrats, his gut reaction to Dick Cheney’s Iraq adventure was that it was a “dumb war.”

Apparently there is something in the water in Washington that makes Presidents think that repeating dumb actions over and over will eventually produce a different result. Although the Arab League, the United Nations, and now the Brits have said “no” to launching an air attack on Bashir al-Assad’s Syria in response to chemical atrocities, President Obama seems bent on going forward, just the U.S. military alone, on his say-so without even a Congressional vote.

The Presidential fantasy that there’s a way to achieve the impossible on the cheap through the air is not new. According to Lynne Olson in Those Angry Days: Roosevelt, Lindbergh, and America’s Fight Over World War II, 1939-1941 Franklin Roosevelt pioneered a variant in the 1930s:

He was captivated by the idea of waging war from the air, telling his cabinet that it “would cost less money, would mean comparatively few casualties, and would be more likely to succeed that a traditional war.”

Air Force generals and the companies that live off building bombers and missiles always advertise that this time they’ve come up with a sure weapon that will impose their user’s will without cost. But events have never proved to be so simple and smart leaders should know that by now. In the great world war in which FDR led the United States, it wasn’t air power that triumphed over Hitler and Imperial Japan. Defeating these brutal expansionist powers took massive armies, ours and our allies.

Now that his likely partners have backed off, couldn’t the intelligent man in the White House come to his senses? Okay, so he made a dumb remark about a “red line” against the use of Syria’s chemical weapons. But sending in the bombers and missiles is no less dumb.

Simon Jenkins, reporting the British debate for the Guardian writes:

Syria: it takes more courage to say there is nothing outsiders can do …
In Syria the human misery is intense and agonising to watch. It merits extremes of diplomatic engagement and humanitarian relief, to which outside attention and expense should surely be directed. Bombs are irrelevant. They make a bang and hit a headline. They puff up the political chest and dust their advocates in glory. They are the dumbest manifestation of modern politics.

There is something the United States could do that might help the suffering people of Syria: commit real resources to aiding both the refugees from that awful civil war and the neighboring states that have taken them in. That would be a smart response to ghastly horrors.

Do we always have to be dumb? Not to mention murderous?
Posted by janinsanfran at 7:30 AM

He talks when he shouldn't and the office probably encourages that macho type speech but he really needs to admit he made a mistake with the redline talk and back off on this. There is no way we will ever know who did the gas attack or get the whole story there. So we now kill others to look bullish? He's a disappointment and mostly anybody in that office likely will be :(

Wait a minute...what about Libya? That was a success... Longtime enemy and dangerous dictator Ghaddafi taken out by his own people with support from France-led airstrikes...

Hi Rain. I am such a cynic that I wouldn't be surprised if we don't look at Obama in retrospect as one of the better presidents of our lifetimes. But this episode -- this unjustifiable choice to kill for no purpose -- seems dumb verging on criminal.

Hi Judy -- I think insofar as Libya "worked" (and I think on balance it may have) it "worked" because there were ground forces with majority support that complemented air power in overthrowing the dictator. Without them, US (NATO) intervention would have meant nothing.

The problem with Libya is that it's not over anymore than Egypt was when the whole Arab Spring began. We can hope for the best for these countries, but it will take them doing it. Waiting in the wings to take the countries over will be both Muslim extremists and potential future dictators. These nations all have a long way to go to get stable economies with fair governments, but it will benefit the entire world if they succeed.

I saw a recent chart on how many wars the American people have been lied into. It tends to make one a cynic on any of it.

And in the meantime we need to work to hold onto our own democratic system...

Tina from Beirut, Lebanon sends a comment (the capcha prevents her getting on):

What i like in this blog is that janinsanfrancisco is centered on the US and on subjects she knows about or discovers and learn about.

Sorry Judy, i don't know you and shouldn't be addressing you, but what you wrote brought all the following:

Judy, you state that the airstrikes were a success since Ghaddafi was taken out; then what happened? What do you know about the situation in Libya as it is now? What are your sources of information? Do you read and speak Arabic? Do you have Libyan friends whose opinion you trust? And they live in Libya right now? Or is it that you read US journalists who write about a country (not only about Libya) without either speaking or reading the language of that country?

It is about time that the good people of the US stop reproducing the imperialist attitude of their government, and stop writing/talking as if they know it all.

Something else Judy, how many times have you been in a war worried about your safety and the safety of your loved ones for you to support airstrikes? Let's think not about airstrikes but ground to ground artillery bombing, have you been under one worried for your loved ones and for yourself? Let me say here that it is quite sad that a people, the US people, makes a mountain of the killing by a gunman of a known number of people (inside the US) and speak so lightly about airstrikes, bombing, launching wars etc on others, faraway, who cannot respond by bombing back the US.

Please know that I don't wish you to learn, first hand, either about airstrikes or about any kind of bombing.

I think Tina nailed it. In the era of drones and no draft, most people see the US was machine as if it is simply a video game, forgetting the horrors the US drops on other countries. It doesn't affect many of us personally, so it's easy to ignore that those bombs and other weapons kill real people - many of them innocent. It's too bad that we never learn.

I meant "war machine", not "was machine".

Why do our leaders want to be warmasters? We are not solving any of our problems at home as we go about in our ignorance, policing the world.