Warming Wednesdays: the politics of what it takes 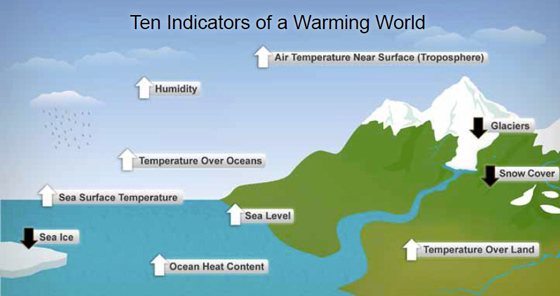 I often have a hard time deciding on Wednesdays whether to focus on tidbits of science and the partial solutions that come into sight each week or on the politics of citizen efforts to win some action. I'm far more qualified to deal with the latter, but I also want to keep beating the drum: we can't just turn away from what's happening, however much we might want to.

Two weeks ago I posted two short bits, one of each sort, rather than decide.

This week, I'll share some political reflections, even though personally I'm obsessing about Federal government responses to the Western drought.

First, a snippet from David Roberts who is about to take a year long break from writing this stuff so he can rediscover what it is like to live.

… I just don’t think there’s any way to make the facts of climate change congenial to the contemporary U.S. conservative perspective. Once they accept the facts, the severity and urgency of the climate crisis, they are committed to either a) supporting vigorous government policy meant to diminish the power of some of their wealthiest constituents, or b) passively accepting widespread suffering.

Cognitively speaking, that’s an untenable position for them. That’s why they avoid it by rejecting the science. There’s no way to package the science in a way that avoids this dilemma. It is today’s hyper-conservatism, not climate communications, that is ultimately going to have to change.

Let me finish by broadening the point a bit: The anti-government dogma of contemporary conservatives isn’t just ill-suited to climate change. It’s ill-suited to modernity, to the 21st century. The problems that face humanity now are transnational, incremental, and complex (think, e.g., global pandemics) and will inevitably require active national governments and some form of global cooperation. The paranoid revanchism of today’s American right is a relic, a circus act, not a serious response to the world we live in. That is not the responsibility of climate hawks and there’s little they can do to change it, no matter how they communicate. It’s just going to have to burn itself out.

This insight isn't really any different from what I wrote about in my post yesterday: the only circumstances in which we the (majority of the) people will be able to reform and recover responsible governance is when Republicans are effectively self-marginalized. We've seen that in California. Republicans are working away at becoming irrelevant, but can climate catastrophe be staved off in the interim?

The good folks trying to stop the Keystone XL pipeline have created a street campaign (taken the fight outside elections) as usually is necessary to break new ground on any struggle. The politicians come along later. I was impressed by this description of Texan tree sitters who have been literally putting themselves in the way of "progress." These are some brave folks indeed. The article sums up how such actions are adding up to more than each individual one appears to:

In their own ways, all of Keystone XL’s opponents have worked to delay for a few hours, a few days, a few weeks, the moment when the spigots turn and oil starts flowing. This can look a bit absurd, if it involves, for instance, litigating the fate of an endangered species of dung beetle. Many of the tactics that established environmental groups are using are slow-moving: In Nebraska, a lawsuit that was filed a year ago and that could further stall construction of the northern section of pipeline is scheduled to go to trial in September—a big victory, considering that TransCanada tried twice to get the suit thrown out.

Even if the Obama administration gives TransCanada the permit it needs to build the longer section of the pipeline, from Alberta to Oklahoma, this will still be the strategy: delay—by injunction, by blockade—but delay, delay, delay. Every day of delay can cost the company money, cause investors to lose their nerve or their interest, and increase the chance that Keystone XL will no longer make financial sense.