Saturday scenes and scenery: people I observed in Spain

I have lots of vacation shots of gorgeous peaks and ravines from the Alpujarras and amazing architectural details from Gaudi's unfinished cathedral in Barcelona and the Alhambra in Granada -- but the faces of people stick with me. (Click on any of these to enlarge.) 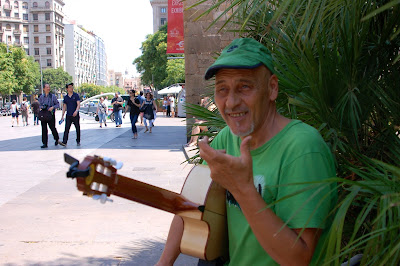 This gent was playing for pennies (centimes?) in front of the old cathedral in Barcelona. He didn't seem to know that the song he was picking is used for one of the blessings during the Seder meal. 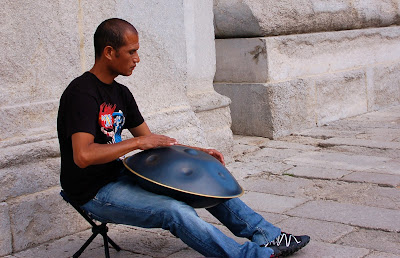 This man's instrument made a novel sound, somewhere between a wail and a humming. He was by the cathedral in Girona. 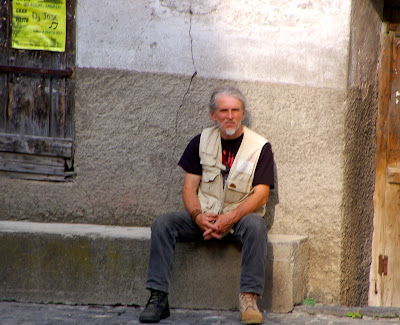 This fellow was waiting for a bus in the central square of the tiny mountain resort town of Torla. Note his shoes. 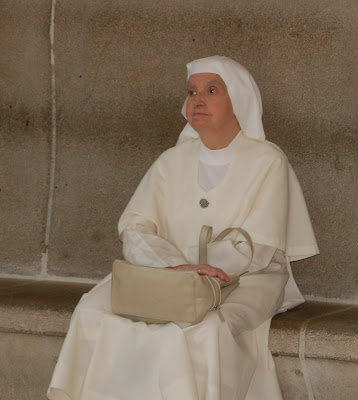 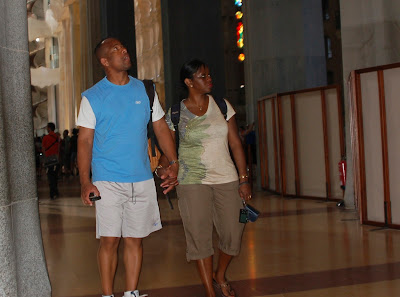 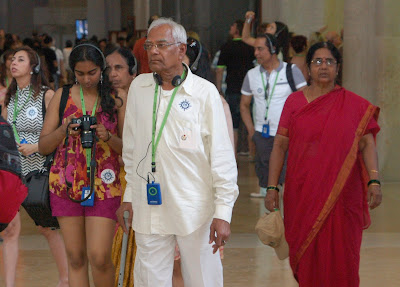 The crush of visitors rewards a determined stride. 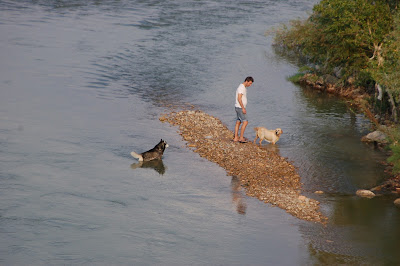 Away from the crowds, a man and his friends in the Ebro river at Zaragoza.

Posted by janinsanfran at 4:34 AM