Saturday scenes and scenery: from the Alpujarras 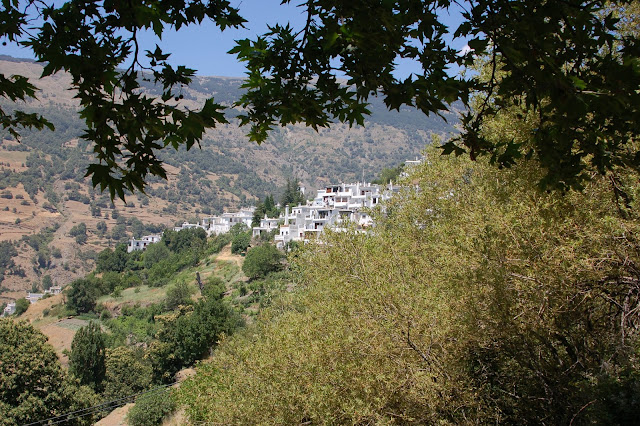 The Alpujarras is an agricultural region on the lower slopes of Spain's Sierra Nevada mountain range. It's a rugged landscape, dotted with tiny whitewashed towns. I've just returned from a week hiking here. 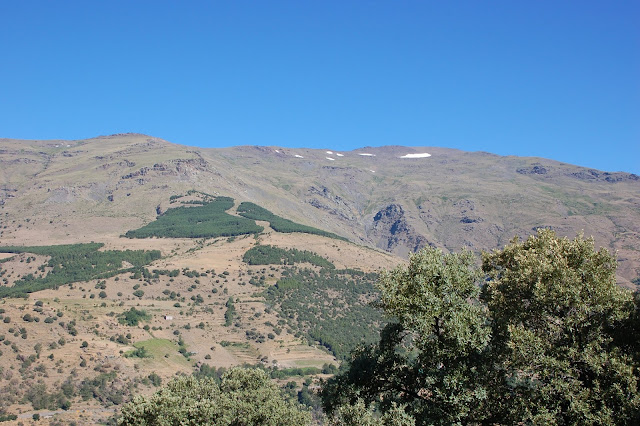 The peak of Mulhacen, at over 11,000 feet the tallest mountain on the Iberian peninsula, looms over the towns. 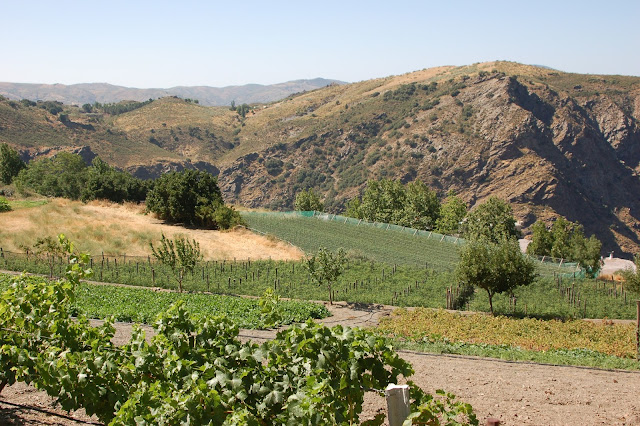 Terraced fields stand out from the rocky hillsides. They are watered by an irrigation system that dates to the time of the Moors, before Catholic rulers expelled the Muslims in 1492. 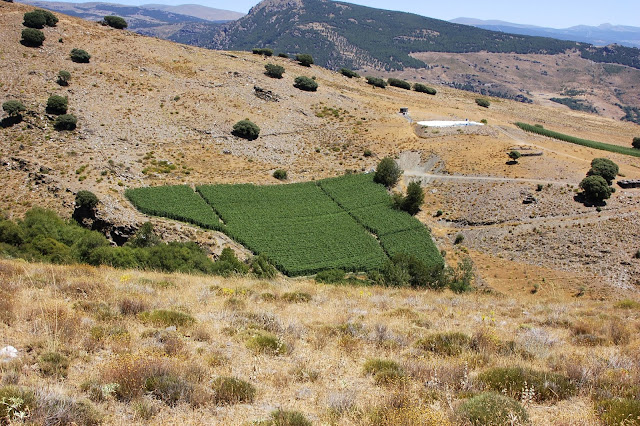 At mid-summer, contrast between cultivated land and parched areas adjacent is stark. 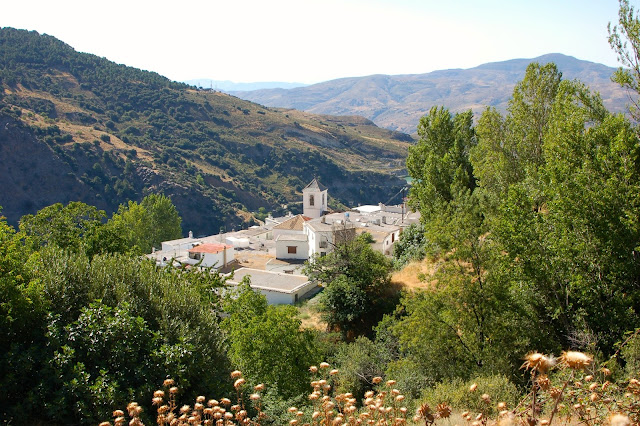 Every town is dominated by a church tower. 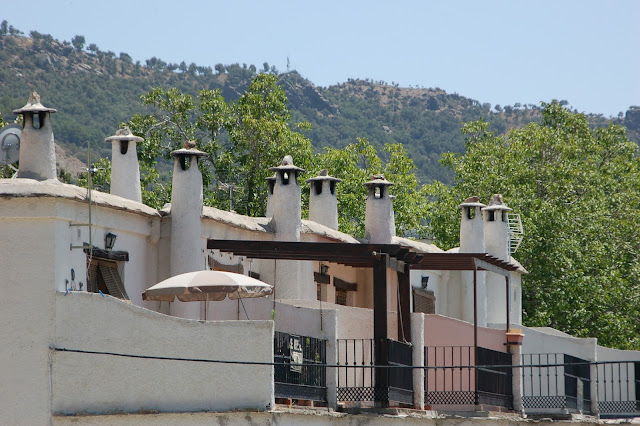 The houses in the area use a distinctive style of chimney pot. Here's a forest of the things. 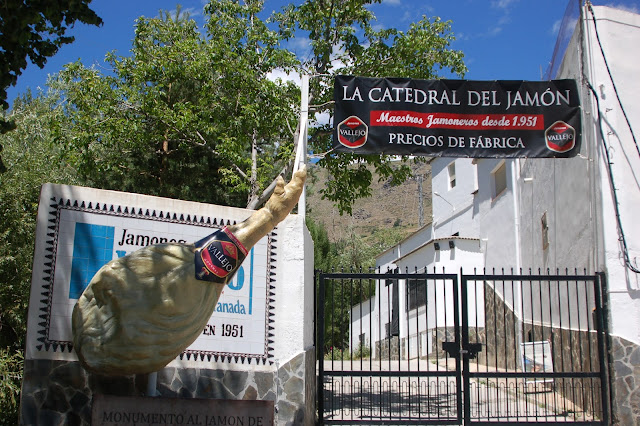 In the town of Trevelez, the main employment is in curing and drying hams brought from all over Spain. 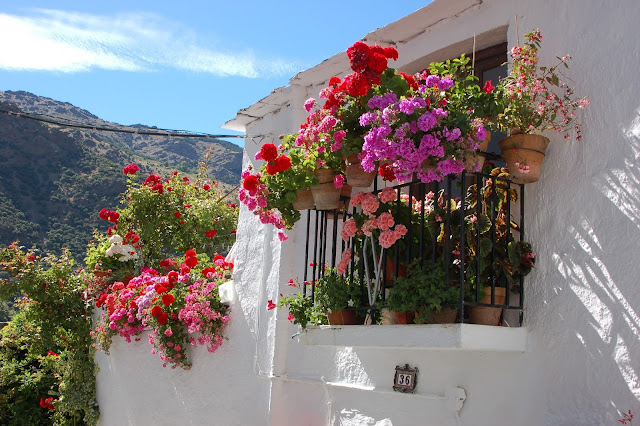 Many houses are covered with potted flowers. 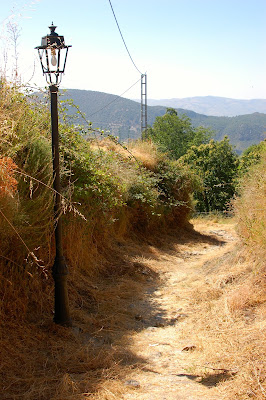 This path was the main way between a couple of villages as the street lighting makes obvious. 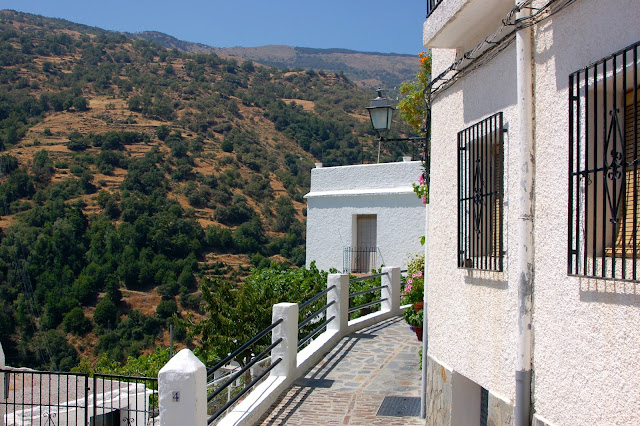 The harshness of the landscape contrasts with the cleanliness and order of the towns. I was fascinated.
Posted by janinsanfran at 5:00 AM