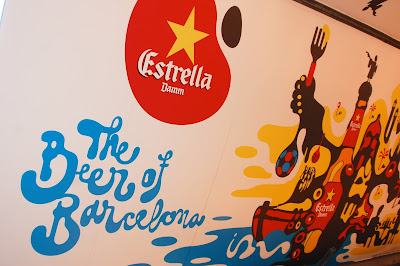 Beer is not something Spain does to my taste. They certainly consume their beers; every meal comes with a choice of equally cheap beverages: Coke, beer, wine (red usually) or juice.

But the beer offering, know as a cana, doesn't bring much flavor. 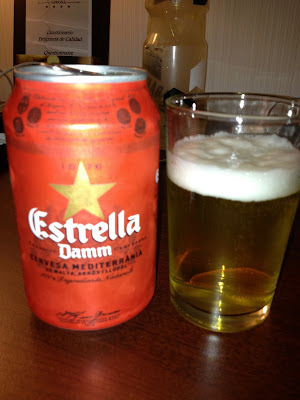 This one reminded me of Bud Light, the other choice in a hotel mini-bar. For all I know, it is Bud Light.

So I started hunting for more full tasting beers. 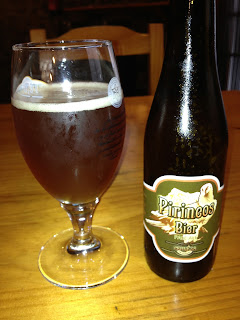 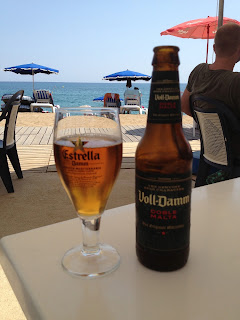 These were two pretty good ones. The brew on the left, Pirineos, is a regional craft offering, probably limited to the area of the national park, Ordesa y Monte Perdido. The Voll Damm, quite tasty, comes from the dominant Estrella company.

But the prize of my Spanish beer explorations goes to an obscure home creation I encountered in the Alpujarras town of Berchules. Brewed by a British expat -- the little towns have many such residents -- Black Goat Real Ale was served warm and I was required to surrender the bottle -- the maker needs to reuse it ... 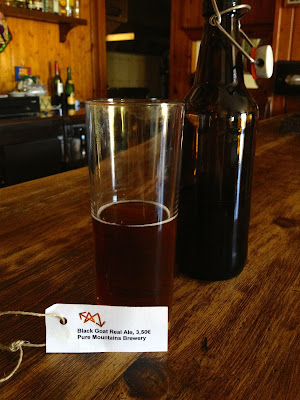 It was a delightful find!
Posted by janinsanfran at 3:32 AM