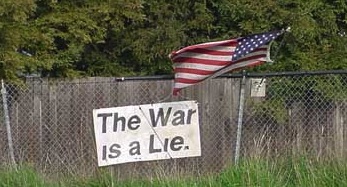 It’s amazing what can seem obvious if you indulge in a little reflection after the damage is done.

The Pentagon official [formerly] in charge of Guantanamo Bay has admitted that if he had his time over, he would have argued that the notorious detention camp should never have been built.

… Mr [William] Lietzau, [Deputy Assistant Defense Secretary for Detainee Affairs] said that if he were advising the Bush administration now, ‘I would argue that detainees should be kept in Afghanistan, or, if moving them is necessary, then into the United States. If I could change one thing in Gitmo’s past, I would have called them prisoners of war from the beginning.’

That, he said, would have meant their legal status would have been clear from the outset. They would also have been covered by Common Article Three of the Geneva Convention, which was not applied to Guantanamo detainees until a Supreme Court decision in 2006.

Perhaps more to the point, Lietzau has advice to the current President on how to get out of this shameful crime of our own making:

‘The really hard question is, “How do you end this war?” Once you do, we legally have to let them all go, other than those we prosecute.’

… ‘The struggle with terrorism is not going to end. But we do have to end the legally cognizable armed conflict with Al Qaeda, a specific transnational group. Arguably, if the war aim of diminishing Al Qaeda’s ability to mount a certain level of attack has been achieved, we could declare an end to hostilities and return to dealing with the threat as a law enforcement matter.’

Quite evidently, the Prez doesn’t dare speak that truth. And so, innocent men languish in our gulag and force feeding goes on.

Novelist John Grisham tells the story of one of the fans of his novels, a Arab raised in France, who is incarcerated at Guantanamo in today’s Times.

If you are curious how many days, minutes, and seconds it has been since President Obama’s most recent promise to close the prison, just click on the GTMOCLOCK that relentlessly counts down our shame.

H/t Freeway Blogger for the perennially appropriate graphic and to The Guantanamo Blog for the Lietzau article.
Posted by janinsanfran at 5:00 AM