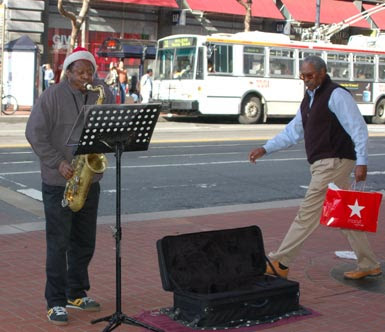 This afternoon I rode BART (the subway) to Powell Street (downtown San Francisco) and walked south on Market Street to the next BART stop at Civic Center. Here are some of the people I saw: 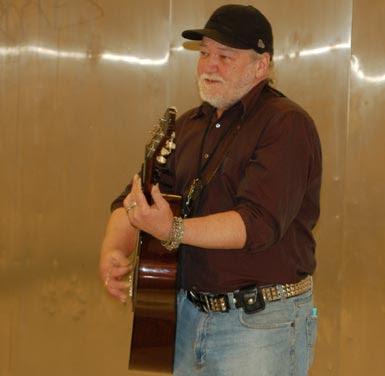 This gentleman was inside the BART stop, not the most trafficked spot, but interestingly, one where you could actually hear his music. 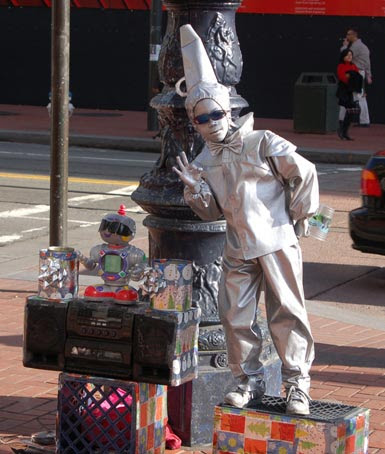 Some folks were working really hard for their money. Several of those watching wondered whether this was child labor, but the little guy was clearly enjoying hamming it up. 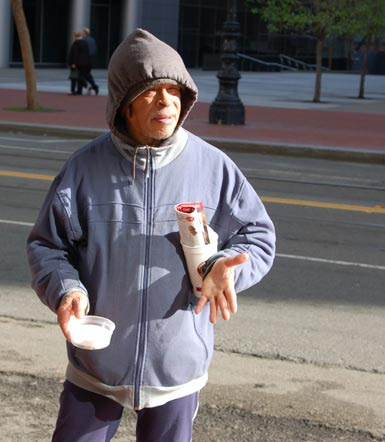 Asking for money on the street is hard work. I mean that; I've done it. 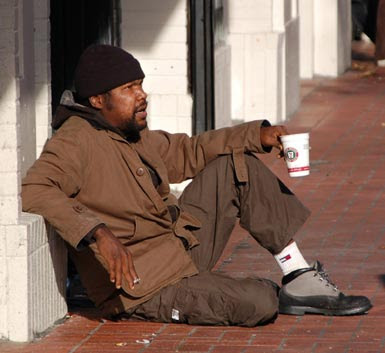 Some weren't working quite so hard. 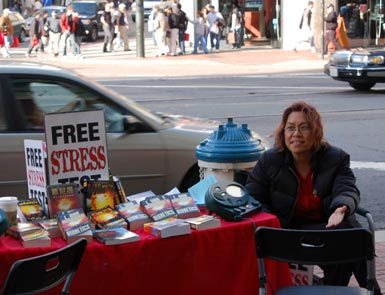 Some folks had their own dubious products to sell. 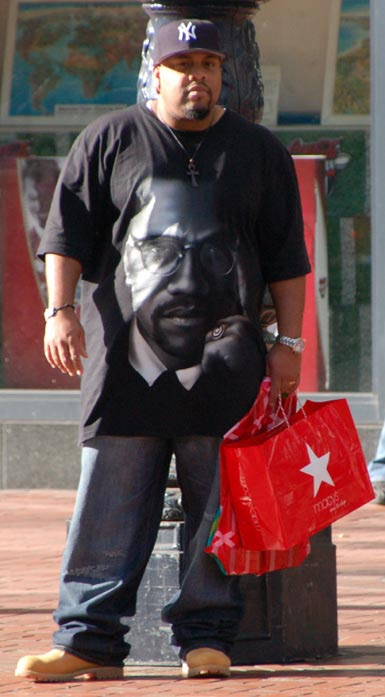 Others had just been to Macy's. 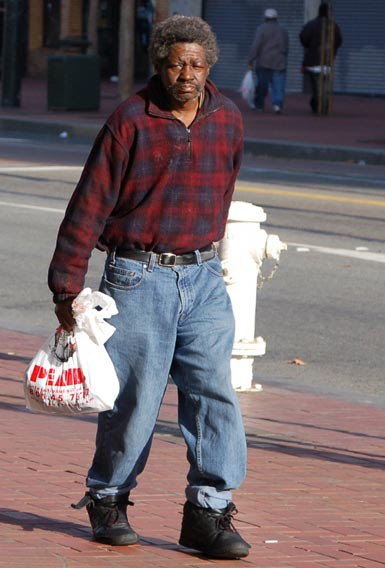 And some were just going about their business. 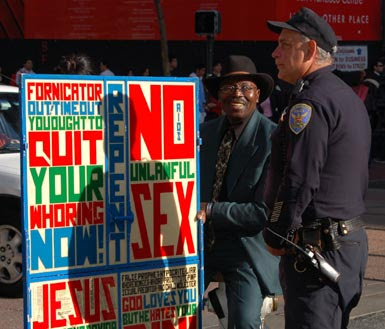 Some are regulars, on the street everyday. 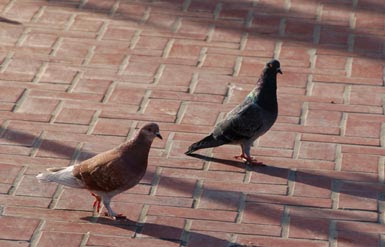 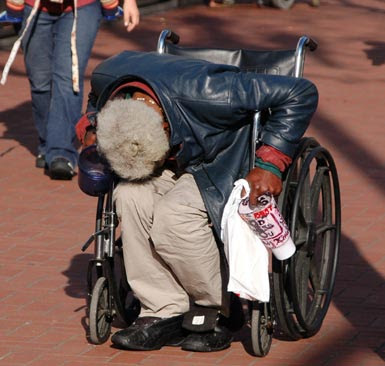 For some the street seems to have won. 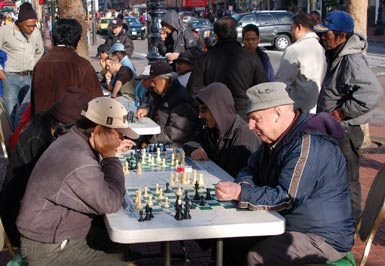 Others gather for a good game of chess. 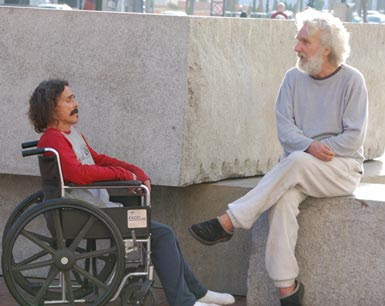 While others share a conversation.
Posted by janinsanfran at 4:37 PM