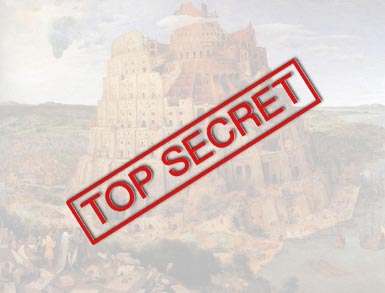 Any policy which does not take into account the inevitability of early public exposure is by definition a flawed policy. That applies to extraordinary renditions, torture, domestic spying, and Iraqi payola schemes alike. This should be a key concept for all policy making today…

If true, this is important and perhaps a genuine change from previous eras.

As recently as 60 years ago, it really was possible to keep hidden from Hitler just where and when enormous Allied armies were going to land on the European coast. Fifteen years after that, it was possible (with the connivance of establishment media) to hide the Bay of Pigs invasion of Cuba from Castro. In 1972, it was possible to hide the activities of Nixon's rogue operatives for nearly a year, but then the bureaucracy sprung repeated leaks. In the 1980s, the Reagan Administration policy of selling of arms to Iran in trade for U.S. hostages held in Lebanon stayed hidden only a few months before its exposure in a Lebanese newspaper led to the unraveling of the Iran-Contra scandal. Though the nightmare of Bush's misbegotten global war on a noun feels as if it had been with us forever, in fact we've only been trapped in Iraq for less than 3 years and already a litany of "secrets" have come to light.

It does seem as if the secrets of the powerful are emerging from the shadows at a greater and greater rate. And in the present state of internet communications, anything known to anyone very quickly becomes known to all who care. It still helps to know what to look for and where to look for it -- it always has: "covert" wars were no surprise to Laotians in the 70s or Nicaraguans in the 80s, merely to U.S. taxpayers who made them possible.

More and more, Abu Aardvark is probably right that all policy happens in sight. This implies that in the nominally democratic parts of the world, governments can only carry out their policies, good, bad and indifferent, if they can either distract a majority from them, attract a majority to them, or impose their will by force on their populations. Getting by under the radar is no longer a realistic option. That's new and I don't think we quite know what it means yet.
Posted by janinsanfran at 4:44 PM