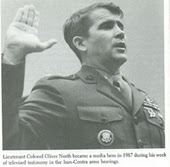 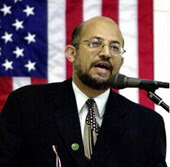 Yesterday a jury in Tampa, Florida acquitted Dr. Sami Al-Arian on 8 of 17 charges involving supporting Palestinian Islamic Jihad. They were deadlocked on the other counts. Jurors have since said that a majority favored a complete acquittal.

Al-Arian is a stateless Palestinian who has lived in the U.S. since 1975 and had taught computer science at the University of South Florida. He was a prominent spokesman for justice for Palestinians in both popular and academic venues, playing host to visiting foreign Arab and Islamic leaders and collecting for Palestinian charities.

These activities led the Immigration and Naturalization Service to put his citizenship application on hold in the mid-1990s. After 9/11, he came under more suspicion. In particular, Bill O'Reilly of Fox News claimed his academic activities were a front for Palestinian terrorism. In February 2003, Attorney General Ashcroft trumpeted indictment of Al-Arian and others as leaders of Islamic Jihad. Al-Arian insisted he had done nothing more than speak up forcefully for his people. The government jailed Al-Arian, mostly in isolation, for two years. And now, though a jury has largely exonerated him, he will at best be deported or perhaps held in indefinite confinement.

The fog of accusations, fear and distortion around the case is thick. Florida politics is mixed up with Middle Eastern politics. I don't claim to know much about it. But I was fascinated by what the jurors who acquitted Al-Arian had to say about their deliberations:

"Usually, there were 10 of us for acquittal on the charges, sometimes nine of us," said Ron, a juror from Pasco County who did not want his last name used. … "Of course, we hate terrorism," said Ron. "But the evidence making these guys terrorists just wasn't there."…

Jurors say they were strongly affected by the jury instructions. In particular, they kept returning to these words: "Our law does not criminalize beliefs or mere membership in an organization. A person who is in sympathy with the legitimate aim of an organization but does not intend to accomplish that aim by a resort to illegal activity is not punished for adherence to lawful purposes of speech."…

"The evidence wasn't there to put a guilty verdict on it," said Juror 112, a 40-year-old truck driver from Lakeland named Todd.

"People assume. They assume guilt," said Todd. "People really need to think about things before they make a decision. You really need to get the facts first. I sat in that room for six months. Until you've sat through something like this . . . you cannot sit in your car or at your house and determine guilt."

In 1987 I was called for Federal jury service. Like most people, I was not happy about this -- I expected tedium and wasted time, as I can't imagine the prosecutor or defense attorney who'd risk putting me on a jury. But I dutifully showed up and sat through an hour or so lecture from a court official on the importance of a good faith, honest and sincere effort to carry out the task we might be given. Then the two hundred or so of us were left in a room furnished like a high school cafeteria (I remember the same orange plastic chairs and tables) to wait to be called into court. There was nothing to do but watch a bank of televisions.

On the tube, a ramrod straight Marine was swearing to "tell the whole truth." It was Lieutenant Colonel Oliver North testifying before the Iran-Contra congressional investigating committee. He was a picture of uprightness, explaining how he'd organized a secret army of "freedom fighters" using every kind of ruse to hide from Congress -- and carried out his Commander in Chief's implied, though never explicit, instructions. After all, laundering money and trading arms for hostages was "defending freedom."

The tangled tale of illegal acts and lies to cover them made me feel ill. But I figured North looked the part of a good guy; his "sincere" pose was probably playing well with most people. And when I got outside the Federal Building and read more about his testimony, it was clear he was going over well.

But for the next 3 days, I had to go back to the jury room, to sit in front of those televised hearings. Gradually, little circles of strangers began to talk with each other. And something amazing was happening -- we were all thinking like jurors, not a TV audience. People began to comment: "he looks good, but I don't trust him"; "does he really think he has a right to break the law?"; "they think they are above the law because they are in the government." In that room, Oliver North was convicted, while in most of the U.S. he successfully played the role of hero.

And then, we, the prospective jurors, were all excused, never finding out what happened to the case we'd been brought in for.
Posted by janinsanfran at 10:57 PM