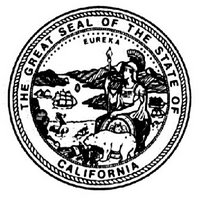 This morning in San Francisco Municipal Court, I watched an acquaintance (I'll call him JPW) receive a sentence of 16 months in state prison for a felony burglary conviction. Between credit for time served and the good behavior he usually manages when he is inside, this will probably mean that he'll spend six month in San Quentin prison.

Afterward he'll be on the street, broke, homeless and on parole. If he goes by back to drugs, which is likely, he'll wind up inside again; since the current rap is a felony, he is now one third of the way to "out," a mandatory sentence of twenty years to life.

From what I could see, JPW was treated reasonably well. He was represented by a concerned Public Defender (we have very good ones here). He seemed to understand what was happening. JPW is a smart guy with a bad meth habit who has burned everyone he knows. As far as I have seen, he is not aggressive or violent, though beligerant when high. The judicial and prison system is becoming his home.

Municipal Court is the lowest rung of that system, the garbage dump of society. Everyone looks rumpled and frayed, not just the defendants, but also the judge, the lawyers, bailiffs, and spectators. Some observations, not necessarily meaningful: All of this was something most of us never see, yet there are whole populations of folks like JPW who live here. Is this okay? Even if we had the will, is there anything we could do about it?
Posted by janinsanfran at 2:24 PM

Good reporting. The majority of persons in the lower rungs of power being lesbian was a new one, and your observation about the sheer incomprehension of the defendants (with buddies wearing "Stop Snitching" T-shirts in court) was right to the point. Glad to see the overworked public defenders being characterized as "good" and "concerned."

As for prescriptions for change, God only knows.

By the way, thanks for offering help with the anti-Blue Angels petitions, but I'm having second thoughts about the whole project, partly because I would have to dedicate my life to it for the next seven months and it doesn't seem a very good use of time. Anyway, I'll keep in touch.