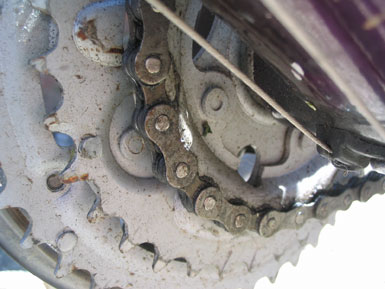 That question is really what is being argued when Republican politicians attack 'birthright citizenship.' Birthright citizenship is the legal determination, enshrined in the 14th Amendment that outlawed slavery, that if you are born in the U.S., you are a citizen. About 90 House Republicans want to throw out that principle. And they are not just blowing smoke; a Rasmussen poll in November found that 49% of those asked want to end automatic citizenship for children of "illegal" residents, while only 41% support retaining it.

Meanwhile, Latino and other immigrant leaders are appalled:

"This is about attempting to deal with a serious policy problem by going after people's babies…." said Cecilia Muñoz, vice president for policy of the National Council of La Raza.

Many strands are embedded in this discussion Opponents of "illegal" migration fixate on "law breaking." Considering that these folks seem to be among those of our citizens who are otherwise proudly distrustful of government, this seems odd. It is hard to escape the suspicion that employers of cheap labor are manipulating fearful people to get themselves a compliant migrant workforce.

Repealing birthright citizenship would create a class of persons who were not quite the same as the rest of us. Children of the "illegal" might well be stateless with no government to serve as their advocate. Their parents would have it ratified that they are "less equal" humans than the native born.

We are already on that path in other arenas. The President has declared his right to imprison Jose Padilla, a U.S. citizen, without trial, because he says so. There's healthy friction in the legal system about that assertion and some chance that some version of the rule of law will prevail. But in the eyes of our current rulers some are clearly "less equal."

The history of the U.S. is the record of the struggle to understand and enshrine in law the full equality of all. Women, those who are not Christian, those who are not white, gays -- we all were less than human once. Will we allow employers of cheap labor to drive the country backward?
Posted by janinsanfran at 10:05 AM