Six years of Iraq war
with a pinch of class war 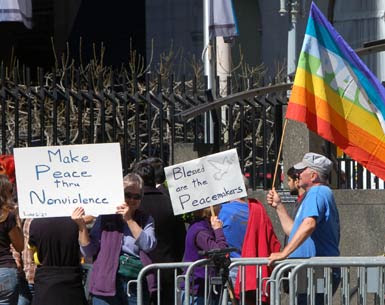 It was busy this noon in downtown San Francisco. Peace protesters reminded us that the U.S. assault on and occupation of Iraq is six years old today. 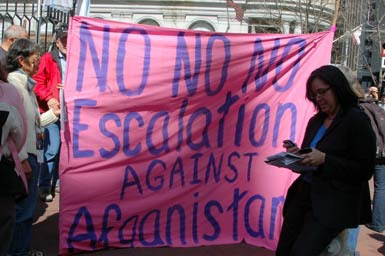 And we have to stand against future warmaking. 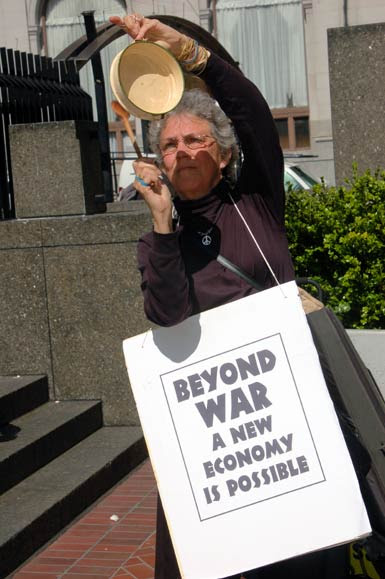 But we still try to hope another way is possible. 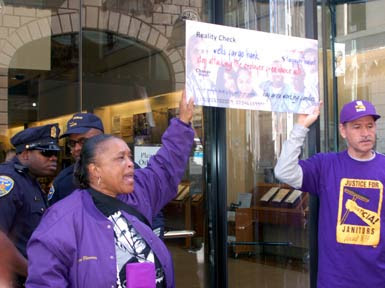 Down Montgomery Street, SEIU had turned out a small group of workers in front of Wells Fargo bank to speak for the Employee Free Choice Act and against bank bailouts. 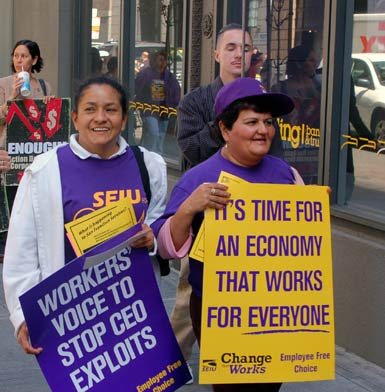 "They get bailed out; we get pushed out" went the chant as workers marched over to the plaza in front of where the giant bloodsucking insurance company AIG has its offices. 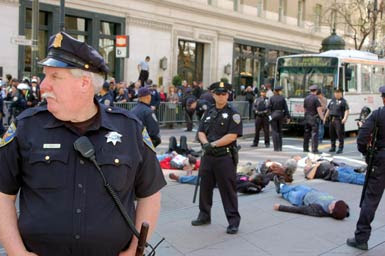 Back at the peace demonstration, protesters had blocked Market Street. Police added to the congestion and methodically took them off to be cited. 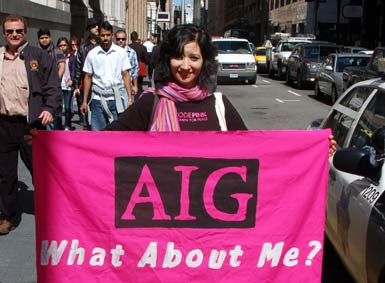 One Code Pink protester displayed the perfect all purpose sign for the day.

I live in a good city where people try to take control of their lives despite the ravages of a ruthless economic system and its imperial pretensions.
Posted by janinsanfran at 2:25 PM

Bless San Francisco for it's leadership in pushing for social justice.