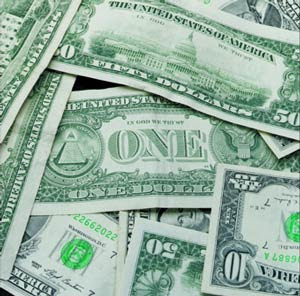 A lot of nonprofit organizations I know of, including some I love, dodged a bullet this week when Republican Senator Jim DeMint's amendment to the new "Serve America Act" was defeated. DeMint wanted to "prohibit 'advocacy' groups or groups co-located with advocacy groups from receiving any assistance" under the new federal program. The Alliance for Justice sounded the alarm. At a minimum, this rule would have forced some larger nonprofits to choose between providing services to people in need and "advocating" for them.

In addition to groups directly affected, DeMint's distinction between "advocacy" nonprofits and others could have harmed lots of much smaller entities if this had gotten into law. Just about everyone who is developing a progressive community program runs at least some their work through nonprofit (501c3) channels. This is legal; nine times out of ten, they really do have to do "education" (a legitimate charitable activity) in order to develop their concepts and create a constituency for them. Singling out a special category of suspect nonprofits that do "advocacy" would be a recipe for trouble.

Since donors, as individuals and through foundations, want the tax benefits to themselves of their recipients' nonprofit status, DeMint was aiming to delegitimize a lot of projects he doesn't approve of. The donors would almost certainly have done his dirty work for him if they feared for their "charitable" bennies.
***
Gotta like that President Obama thinks there should be a little more charity in charitable giving. From the Washington Post's account of last Tuesday's press conference:

Obama made clear that he thinks affluent Americans have not been doing their fair share as he defended his plan to shrink tax deductions for wealthy taxpayers' charitable contributions and mortgage interest payments.

"If it's really a charitable contribution, I'm assuming that [smaller tax savings] shouldn't be a determining factor as to whether you're giving that $100 to the homeless shelter down the street," he said. "I think it is a realistic way for us to raise some revenue from people who benefited enormously over the last several years. It's not going to cripple them; they'll still be well-to-do. And ultimately, if we're going to tackle the serious problems that we've got, then in some cases those who are more fortunate are going to have to pay a little bit more."

The WaPo neglected to mention that the President hopes to use the additional revenues from slightly reducing the charitable giving tax benefit to earners over $250,000 to help pay for universal health care for all.
***
Something I want to get back to before it drifts down the forgetery -- about ten days ago the New York Times reported on a study about online giving to charitable organizations. Apparently the behavior of folks who give via the internet frustrates fundraisers.

"Online giving is higher than offline giving, and the demographics of online givers are more attractive -- better educated, higher income," said Tobias Smith, director of online communications at CARE, which took part in the study and works on issues faced by poor women. "But how you get people to routinely give online is a nut no one has yet cracked." ...

"People are asking us all the time why we don't reduce mailing costs and save paper with online fund-raising, but the simple fact is that people come online to give a gift once and don't repeat," said Jennifer Tierney, development director at Doctors Without Borders in New York, which took part in the study.

Yes, they've pointed out exactly why I like to give online. I can decide to what organization I want to send some money, find it, and give -- rather than respond to whatever the requisite quantity of badgering asks it takes at any given moment to get me over the hump of resistance. The sense of choosing my own time to donate is empowering.

But of course this donor driven pattern of giving doesn't help the organization to make a budget.

I'm a little surprised that a follow up email barrage is not as effective as direct mail in getting repeat donors. After all, I've spent years (and some dollars) on the Move-On list, not to mention Obama for America. At least for me, email works, probably better than snail mail begging letters which I no longer even open.

Posted by janinsanfran at 12:05 AM

Email ThisBlogThis!Share to TwitterShare to FacebookShare to Pinterest
Labels: nonprofits

On the other hand, some organizations whose work I really respect send me begging emails at least twice a week. After a while I just delete them.