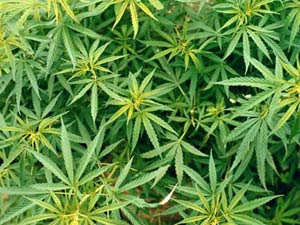 I'm peeved. I was one of the some 67000 people who watched (some) of the President's online town hall responding to citizen questions last Thursday. I'd even submitted some questions, not that I thought they'd come up. It is obvious that this question process privileges the first 10 questions asked, so long as those are broadly about genuine popular concerns.

And I thought the President did very well what he does best: show he's informed, thoughtful, articulate and smart. You know, the opposite of the last resident of 1600 Pennsylvania Ave.

So why am I peeved? Because media coverage of the event has been mostly about Obama's slick put down of the pot people. Here's a specimen from Salon:

"I have to say that there was one question that was voted on that ranked fairly high and that was whether legalizing marijuana would improve the economy and job creation," Obama said, as Bernstein laughed over in the corner of the room. "And I don't know what this says about the online audience, but I just want -- I don't want people to think that -- this was a fairly popular question; we want to make sure that it was answered. The answer is, no, I don't think that is a good strategy to grow our economy."

Blowing the question off with a joke probably irritated legalization activists more than ignoring their organized campaign would have, but it did mean the town hall was assured of at least one groundbreaking moment: For the first time ever, the president of the United States called his own supporters a bunch of stoners.

Very cute reporting. Some such scores are a little too easy, so I'm peeved at both reporter and President.

I'm also peeved at the supporters of marijuana legalization for voting questions up in nearly every category in a forum supposed to be about our crashing economy. I can hardly fault them for being organized, but can I ask them to have a little sense of proportion? Apparently not. This is exactly how I've seen them act in community organizations as well, as the most singled-minded among single-issue campaigners.

And they've won -- I feel forced to ask myself, do I want to see marijuana legalized? This is a question I've hardly thought about in the last 30 years. Like any normal person of my generation I smoked for a few years -- like most, I also eventually stopped and got on with life. Nothing very terrible, nor anything very wonderful, came of my exposure to pot.

Recently a politician I respect, and count as a friend, proposed that California legalize and tax marijuana to help the state's ailing budget. Assemblyman Tom Ammiano is no dummy and he's a truthteller: grass is after all the state's largest cash agricultural crop. Why should the drug dealers get all the profits?

And there is real harm that comes of keeping marijuana illegal -- see for example this horror story. Even some drug court judges have decided that prohibition is corrosive of law enforcement.

So when I think about it, I find myself saying "yes, let's make pot legal -- nothing too terrible will happen. Heck, alcohol and tobacco cause more trouble."

I suspect that readers of this blog are probably much like me -- not folks who think often about legalization. So what DO you think, if you think about it?

Update: Mark Kleiman makes the case that marijuana is NOT California's biggest crop and I'm willing to believe him. I'm not sure that changes the discussion.

Posted by janinsanfran at 12:34 AM

Email ThisBlogThis!Share to TwitterShare to FacebookShare to Pinterest
Labels: rant

I think that initially there would probably be some major issues, but in the end, I think it would be a positive thing. As you mentioned - why let the drug dealers profit from it, when the state could?

Sure, it will mean that many dealers will switch to harder drugs, and that may require more effort to be put towards shutting those operations down, but there are huge numbers of small-time dealers who deal only with pot and would likely just give up, rather than moving into the more dangerous-to-distribute drugs.

Personally, I've been to Holland, where it is legal, and several other countries where it is decriminalized, and...their societies have not fallen apart, so why are people so convinced that ours would?

I'm a lot like you - in the past it was part of my life, but not really any more. But, I think that it should be legalized and I think it's a very important issue.

The problems I have are with poor spending choices made by our government:

1) Groups that get government funding to lie to children about the "dangers" of drugs and won't give up on the gateway concept, when it's not supported by research.

2) The prison industry and its lobbyists

I would much rather see my money used for honest education about the truly dangerous drugs (alcohol being one of them) and treatment and education for addicts. Our police/prison system is a joke, and I think the primary organization whose name I didn't mention in #1 above is also a joke.

Drug use should be treated like alcohol and tobacco - as a public health issue, not a criminal justice issue. Regulate it, tax it, educate to prevent addiction and pay for universal access to treatment.

This is a two-fer, at least, as it helps to address some of the problems associated with the prison-industrial complex, the growth of the national security state, and the numerous public health and welfare issues related to drug trafficking and addiction.

Legalization needs to be framed as a moral response that allows us to shift resources to deal with the underlying causes of drug use that create a market to begin with.

My guess is that until mainstream religious leadership starts to shift the cultural conversation, it ain't gonna happen.

As a long-time marijuana smoker (who gave up tobacco), I think of it as the most benign drug out there. It doesn't do much for ambition, but it also doesn't incite the aggressiveness that comes with that emotion.

Plus, it's been proven to alleviate the symptoms of a ridiculous number of medical symptoms without the strength and jaggedness of a lot of prescription pharmaceuticals.

Plus, just like wine, marijuana is different in each country and each crop. The varietals that are going to come about when it's legal and horticultural mixers can be upfront about what they are doing will be amazing. We will have entered a new connoisseur's paradise.

Plus, since marijuana enhances the pleasure of eating and drinking unlike speed/cocaine or a myriad of other drugs, the food and wine festivals in conjunction with hemp harvest festivals should be truly amazing.

It may be a single issue but a lot flows from that single issue symbolically, from corrupt law enforcement agencies telling us they know best, to treating the drug respectfully as the natural gift it is.

Fr. John: I agree wholeheartedly. We need to educate and assist, not punish.

I've given it a lot of thought over the years. On the whole I'd have to say I'm for legalization. I'm not hopeful that it will happen though. There's not enough money in it. Big Pharma can't figure out a way to turn a big enough profit on a product that anyone can grow unless it is illegal, and there is big money in keeping prison populations large.